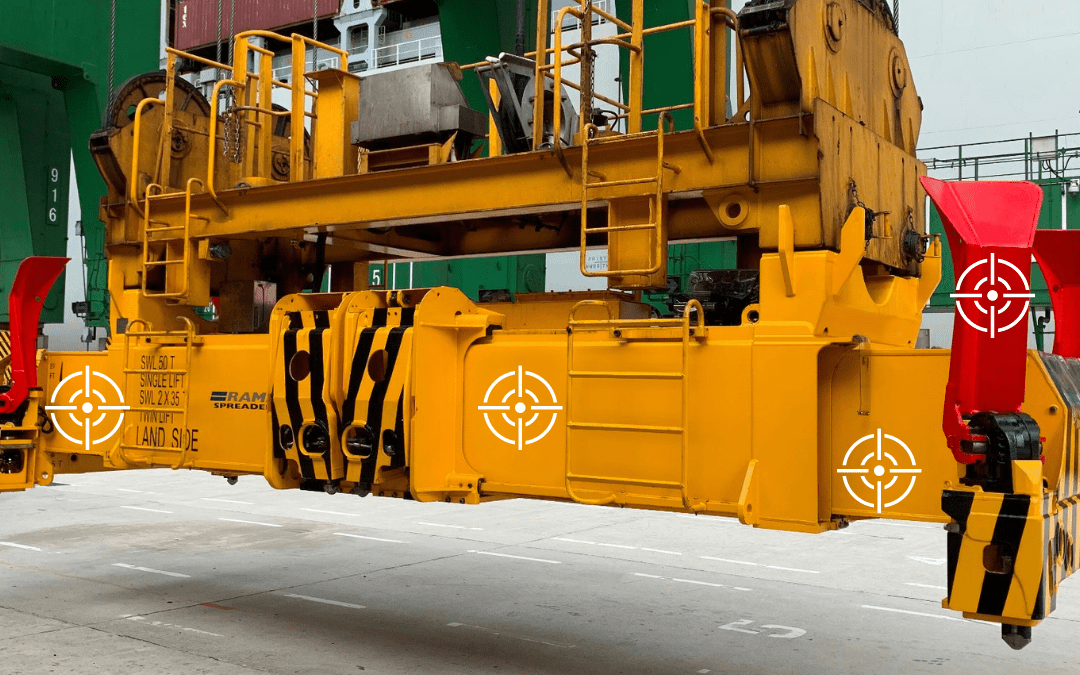 Telescopic speeds between 20’ to 40’ and 20’ to 45’on the new 6900 series STS crane spreader have been increased, thanks to its new 2-piece telescopic design. Like its predecessor, gap adjustments of 0-1600mm between two 20’ ISO containers can still be performed, along with gap detections of 0mm, 76mm and 1600m, and linear transducers adjust the gap automatically to any position between 0mm and 1600mm.

High-performance hydraulically retractable flippers are designed and configured according to either Twin20 or Tandem operation to optimise gathering and absorption of high impacts between spreader and container.

Using the new STS crane spreader with SingFlex tandem headblock is a perfect match to the high-performance requirements of tandem lift operations, so container terminals have the ability to adopt tandem operations, which will boost container handling productivity and energy demand.

Want an outsider's perspective on the different tandem headblock's?