What is Containerised Bulk Handling? 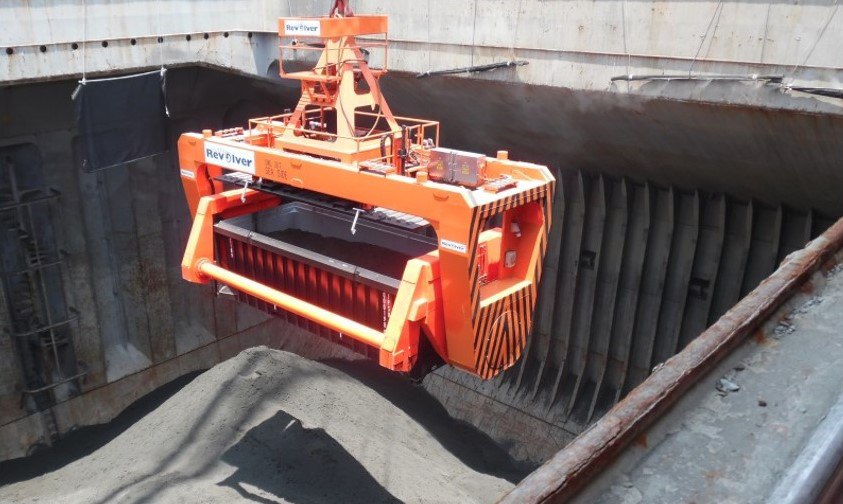 Containerised bulk handling could be a beacon for sustainability and efficiency to bulk terminals and mines, as world leaders push for a sustainable world a Cop26, Glasgow.

Over the last couple of weeks, world leaders have gathered at Glasgow for the Cop26 climate assembly to discuss how to address the issue. It is clear, a digital transformation is required for the world to meet its target of maintaining the average global temperature to 1.5 degrees.

This would mean solar panels, electric cars, batteries, etc. are required but to build them, the world needs minerals like cobalt, copper, lithium. Handling these substances in a containerized system will not only protect the product’s value but improve the sustainability of transporting the product.

In traditional bulk handling operations, a terminal receives raw materials by truck or train. They are then stockpiled and stored at special storage facilities or directly at the quayside, waiting to be loaded into a shipping vessel’s hatch often through grabs or conveyor systems.

Throughout the handling process, there are numerous drop off points which often leads to the bulk being lost, its quality being degraded, and pollution to local environments. A domino effect will then occur, for example, the dust pollution from open stockpiles or open-top containers will lead to respiratory diseases for the local population. Or the loss and degraded commodity will lead to profits not being as high as they could have been.

CBH can come in different forms – but the essence is the commodity never sees the light of day until it is unloaded at its destination. For example, take a pit to ship operation, the bulk commodity is loaded into the containers, sealed shut and placed onto a truck or rail to be transported to the bulk port. Sealing the containers shut avoids dust-generating from the commodity during the transportation, which could impact residents’ health.

This is a much more efficient method of holding bulk commodities at the port side than open stockpiles and avoids the need to build purpose-built facilities, which are far more expensive than sealed containers. It also helps improve the sustainability of ports as the commodity does not escape into the water or produce dust plumes which is often the case with open stockpiles.

Moreover, with the commodity sealed shut the product quality is protected, which is particularly useful when handing grains to avoid contaminates. This is also particularly useful when a terminal wants to hold multiple types of bulk – they avoid the risk of cross contamination. Further to this, the commodity is securely locked, so the risk of theft of valuable commodities is reduced.

Once the shipping vessel arrives, the sealed containers are transported to the quayside where the RAM Revolver lifts and lowers the container into the hatch. The RAM Revolver then removes the lid and rotates 360 degrees decanting the commodity, before placing the lid back onto the container.

Some of our customers have opted to add a misting system, which sprays when unloading the commodity. This further deters dust plumes from generating. The container is then placed back at the quayside by the crane operator for and the cycle repeats.

The Future of CBH

With minerals needed to build the digital future – cars, batteries, solar panels, etc., containerized bulk handling could be the solution to improve the sustainability of the handling process and not jeopardize the product’s quality.

In addition, RAM Spreaders are watching closely at the demand for wood pellets and other biofuels as an energy resource for countries. The RAM Revolver is no stranger to handling biofuels, as the Riga Universal terminal uses the RAM 4121 with a Liebherr MHC to handle wood pellets, sunflower seeds, and wood chips.

Article by Dry Cargo International reporting on the handling of biofuel materials with the RAM Revolver.