RAM Spreaders has been officially recognised in the group of Singapore Fast Moving Companies with the SME100 Award 2017.

The selection involved a number of evaluations including a financial audit and onsite inspection.

The SME100 Awards were held at a glittering dinner function at the Marina Bay Sands in Singapore on July 7th.  The Awards Ceremony recognises and honours some of the best and upcoming small and medium enterprises (SME) in Singapore for the important role they play in the country’s economy. 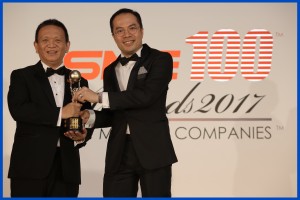 SME Magazine group publisher and editor-in-chief William Ng presented the award to RAM Spreaders, who were one of the top 30 winners at the gala event.

Receiving the award Mr Philip Lee, Chief Exectutive Officer of RAM Spreaders said “Being named as one of the SME100 winners this year is a great honour“.  Philip went on to say “Recognition is the greatest motivator and this award will serve not just as recognition of what we have achieved so far, but also a motivator for RAM Spreaders to aim higher and achieve greater heights in the future“. 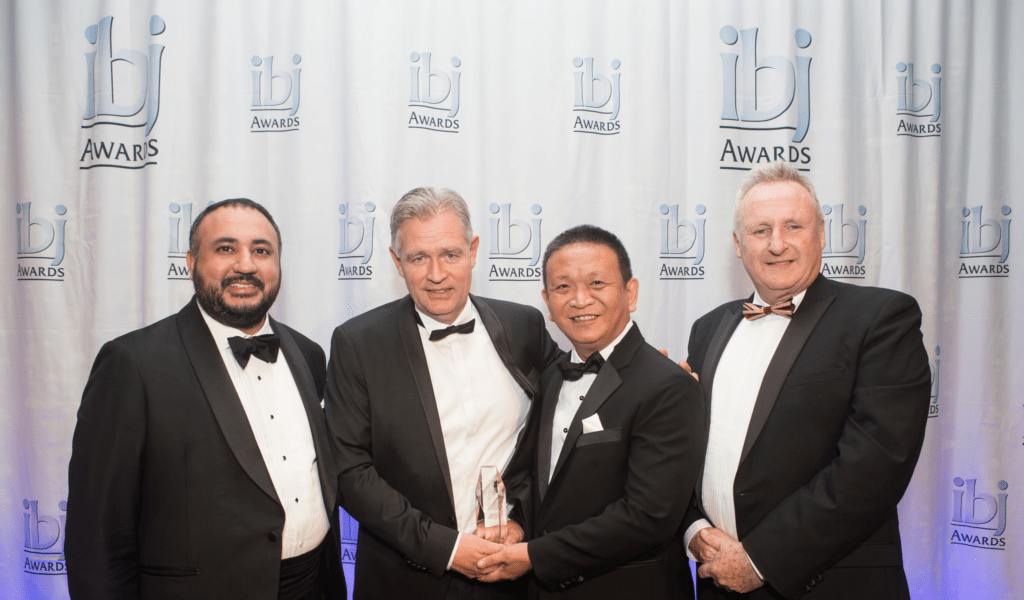 Amongst the awards, RAM Spreaders together with MMG Las Bambas Peru scooped the Innovative Technology Award for Cargo Handling with their Bi-Modal Containerised Bulk Handling solution.

Shortlisted by the IBJ panel of Judges, RAM and MMG Las Bambas in Peru were extremely proud that the panel of judges recognised the innovative technology as demonstrated in a case study detailing the low cost bi-modal solution for exporting copper concentrate from the remote mining facility and transporting it 710km to the Port of Matarani in sealed containers.

The bi-modal containerised bulk handling process involves the clever use of sealed bulk containers as the method of transport and storage, which reduces dust and protects the commodity from contamination.

The containers filled at the mine are sealed with a lid and transported by truck on the first leg of the journey where they reach the rail transfer point.  The containers are then sent by rail to arrive at the final destination in the transfer building at the port at Matarani.   Two rotating spreaders called “RAM Revolver®” are attached to Bridge Crane’s inside the transfer building.  The cranes are semi-automatically controlled to manoeuvre and pick up the containers from the railcars, the lids are then automatically lifted from the container by the revolver before the containers reach the hopper where the operator, using a remote control, rotates the revolver, tipping the copper concentrate into the hopper to complete the export process.

APEA is one of the most prestigious awards in the region where only a select few are honoured each year in recognition of their oustanding and exemplary achievements in entrepreneurship.  The Award honours the relentless drive of these entrepreneurs, their courage to take risks and embark on dreams, and their commitment to stand tall as the trailblazer in their industry.

“This award is an acknowledgement for the team of hard-working and passionate people who contributed their knowledge and are dedicated to the success of the RAM business.  I would like to take this opportunity to thank my predecessors and everyone who enabled our dream to come true”, said Mr Lee. 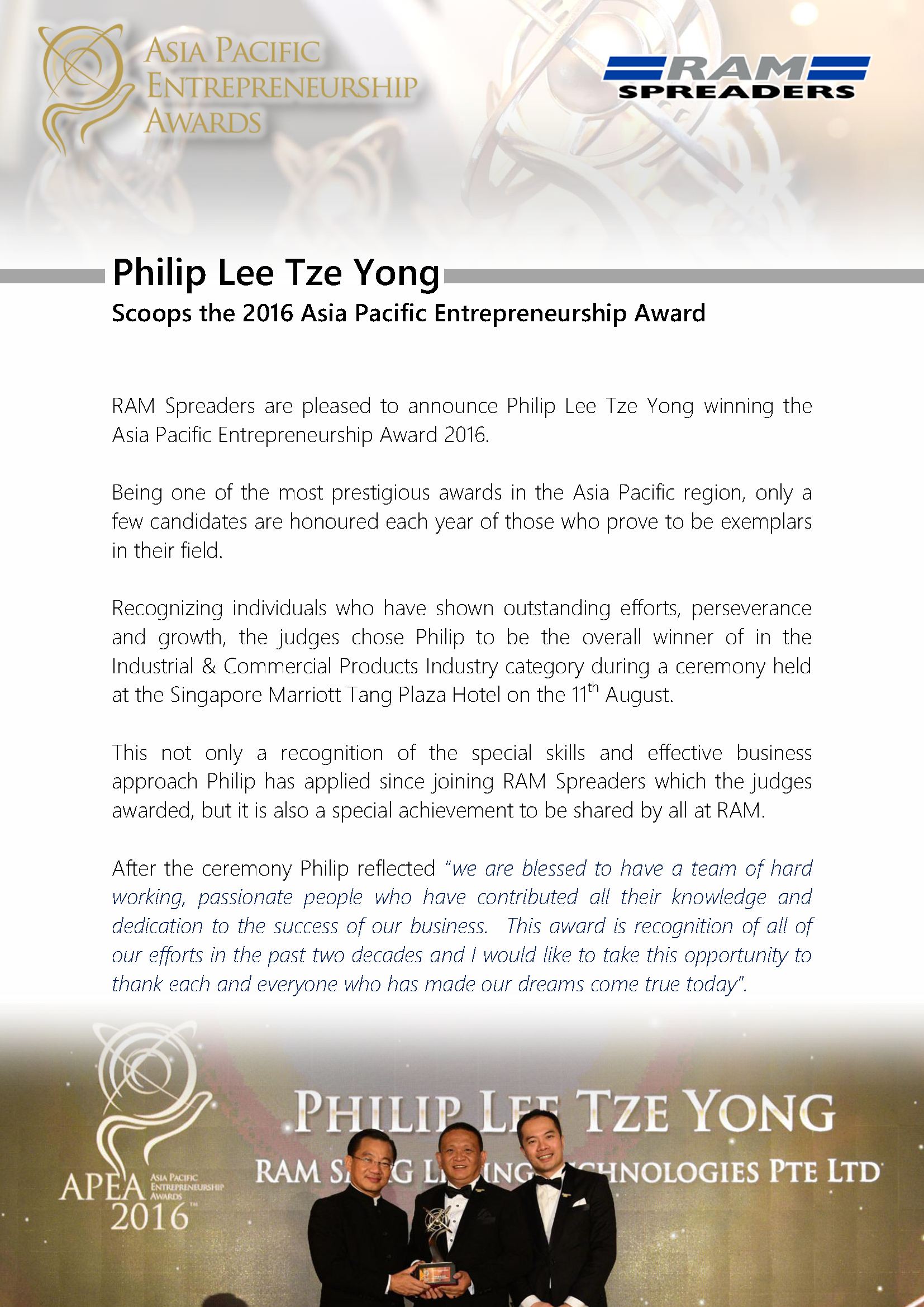