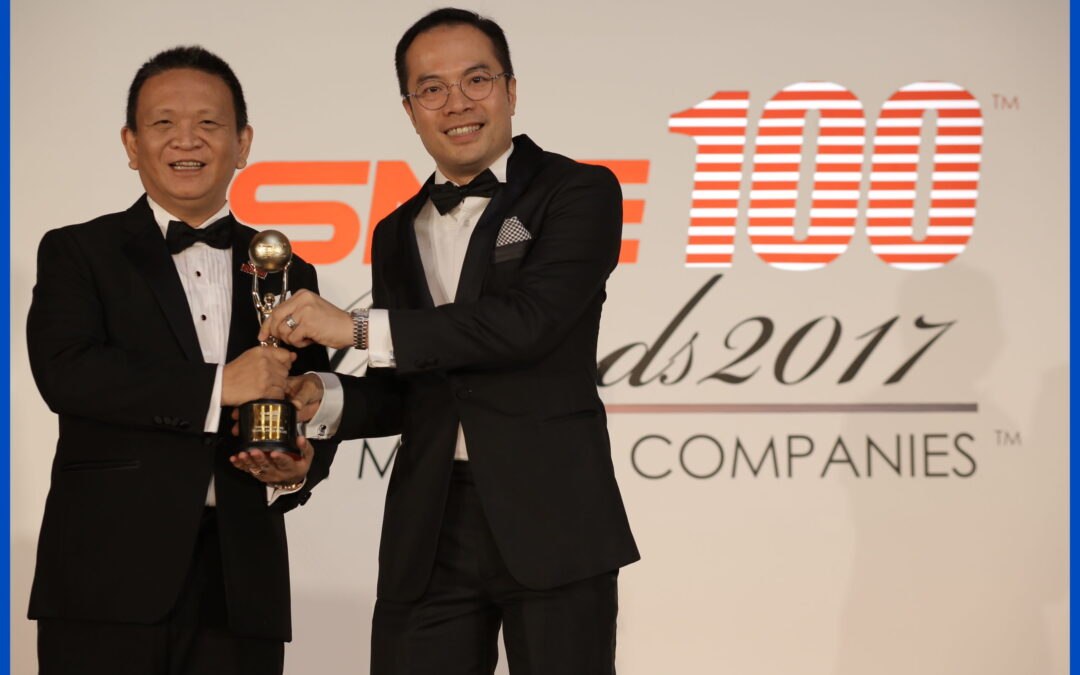 RAM Spreaders has been officially recognised in the group of Singapore Fast Moving Companies with the SME100 Award 2017.

The selection involved a number of evaluations including a financial audit and onsite inspection.

The SME100 Awards were held at a glittering dinner function at the Marina Bay Sands in Singapore on July 7th.  The Awards Ceremony recognises and honours some of the best and upcoming small and medium enterprises (SME) in Singapore for the important role they play in the country’s economy.

SME Magazine group publisher and editor-in-chief William Ng presented the award to RAM Spreaders, who were one of the top 30 winners at the gala event.

Receiving the award Mr Philip Lee, Chief Exectutive Officer of RAM Spreaders said “Being named as one of the SME100 winners this year is a great honour“.  Philip went on to say “Recognition is the greatest motivator and this award will serve not just as recognition of what we have achieved so far, but also a motivator for RAM Spreaders to aim higher and achieve greater heights in the future“.